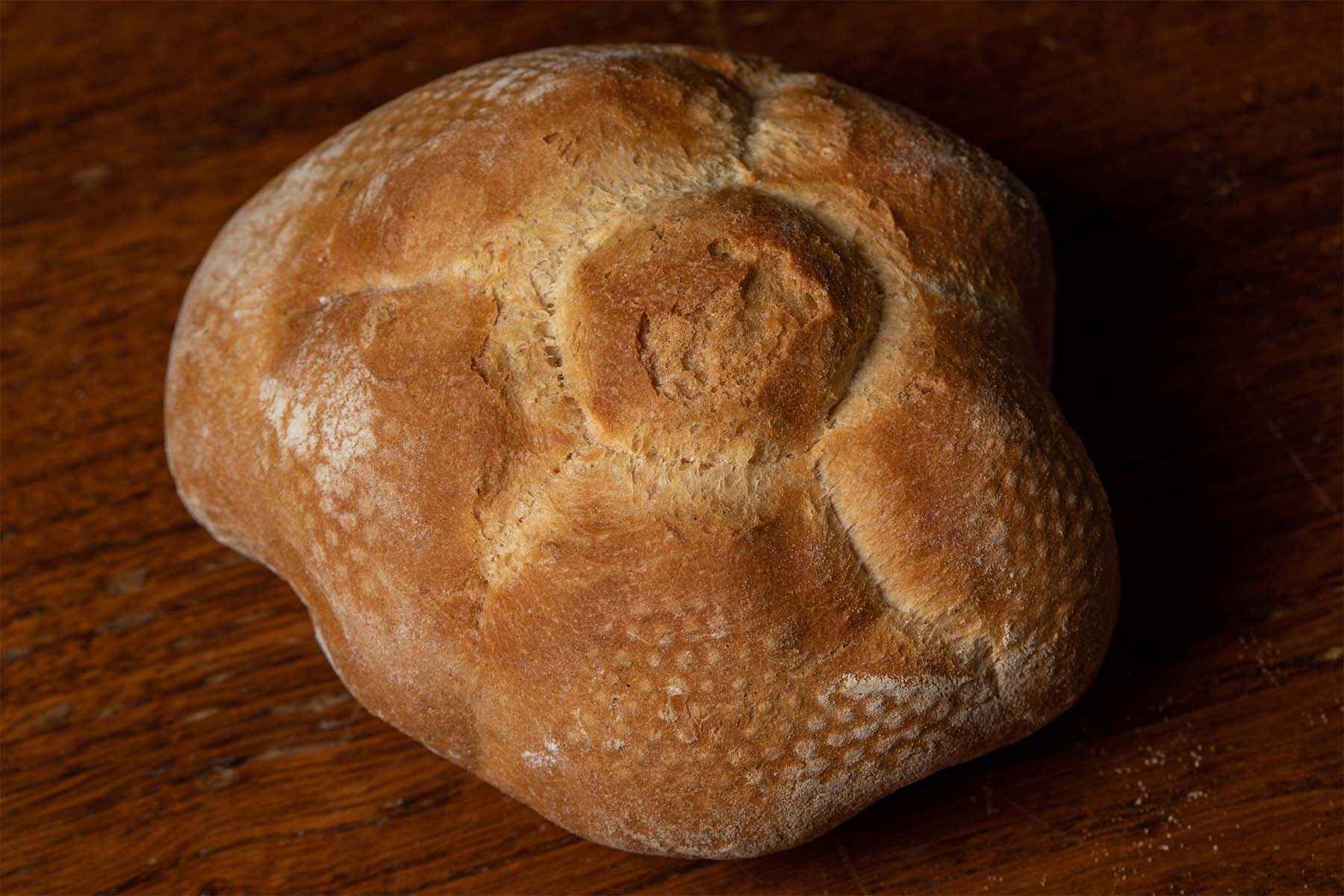 This round traditional Italian white bread roll has a hard crust, with an airy, slightly hollow crumb. It is believed that michetta was invented in Lombardy during the period of the Austrian rule. The officials who were located in Lombardy brought with them the traditional Austrian dishes from their homeland, including the Kaisersemmel—a crusty round bread roll. Locals felt it was too soft and created a similar roll but with a slightly hollow centre, giving the roll the ability to stay crisp for longer. The name michetta, which initially meant crumb, is believed to stem from micca, a local term that was once used for Kaisersemmel. The bread is best served fresh, especially as a sandwich filled with almost anything you like: mozzarella, pesto, cheese, olives, spinach, roasted peppers, egg, or any combination; you name it. Sometimes known in other regions as bignè, rosetta, or stellina, the michetta is so important as a local gastronomic speciality, that in 2007 it was officially granted a local designation of origin.

For the starter (Italian Biga):

Knead all the ingredients for the starter in a large bowl until they come together. Cover with a cloth and store the bowl at a 12°C temperature for 12-18 hours.

Then, first, add the water to dilute the dough, then knead in the rest of the flour, followed by the malt and salt, totaling to about 20 minutes of kneading.

Cover the dough and give it five minutes to rest, then knead it a few times and let it rest for 10-15 minutes. By this point, the dough should have reached a temperature of 21-22°C.

Form the dough into a large roll and grease it.

Cut into equal portions, then shape each into a ball and place on the baking tray. Gently press into each ball of dough with a paring knife, to create a shape of three mounds somewhat forming a flower, then let them rest, covered, for half an hour.

While the dough is resting, place a small baking tray with water at the bottom of the oven and set the oven to preheat to 250°C.

Bake the michette for about 20 minutes, until golden and somewhat browned.