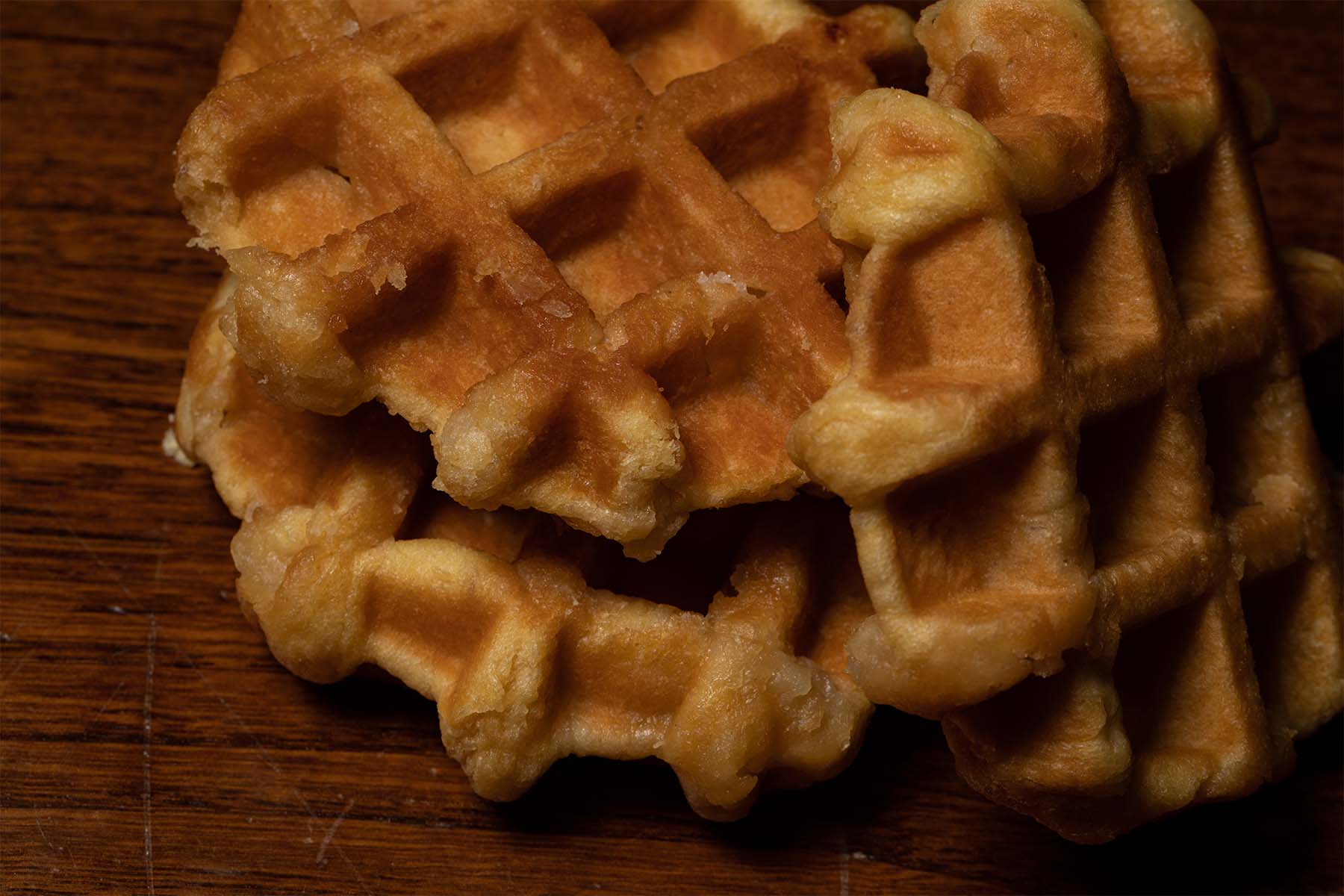 Though waffles originated in Europe, probably Belgium, as a sweet treat eaten in markets, and fairs, (sometimes filled with whipped cream or ice cream), waffles are considered breakfast food in the USA. When they reached India, they were embraced as dessert, an exotic international alternative to more traditional sweet items such as barfi, gulab jamun or kulfi. In all major towns, waffles may be found in many restaurant dessert menus, as well as specialised waffle-places, or even food-trucks, and increasingly, in India, waffles are made at home, a treat for breakfast or weekend brunch. Legend has it that waffles, with their distinctive indentations, originated in the Middle Ages when a housewife left her cake on a bench to cool. Her knight in arms husband returned home unexpectedly, and sat on the bench to rest, not knowing there was a warm cake sitting on it. When he got up, he had left grid-like indentations on the cake, much like the way modern day waffles look from being made in a waffle iron. One may eat waffles topped with whatever you like: sweet waffles may be topped with soft fruit such as peaches, mangos, or berries, ice cream, chocolate bits or sauce, honey and butter, or why not pair berries with a drizzle of fragrant rose syrup? But waffles may also be savoury, with aromatics, bits of vegetables, and spices added to the batter, such as chopped onion, tomato, coriander leaves, and chili, then served with a bright, zesty chutney such as mint. Try the recipe below for a savoury version.

First, separate the egg yolk from the white. Combine the milk, extra virgin olive oil and egg yolk in a bowl. Mix well and also incorporate the grated cheese. Add the salt and ground black pepper. Whip the egg white separately until stiff and, once ready, add to the mixture, folding in gently from bottom to top to keep it airy. Sift the flour and baking powder together and add to the batter and mix to obtain a velvety, lump-free cream.

Lightly grease the waffle pan. Pour about 50 g of the batter for each waffle, close the pan tightly and let it cook for 5 minutes. Once ready, remove them from the pan. Separate the waffles using scissors or a knife. Neaten the edges as well. Serve your savoury waffle with a pat of melting butter, a generous sprinkling of chaat masala and chili powder, and serve with two or three different chutneys: coconut, tamarind, and mint, or green. Or, top with samosa potatoes; also, why not use your waffle as the basis of a chaat, and top with a variety of tastes and textures: diced cucumbers, potatoes, onions, several chutneys, crisp peanuts, coriander, chili, … and enjoy